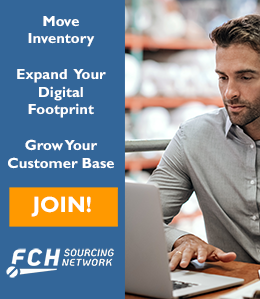 "FCH works great when looking for that hard to find part. Use it all the time! "
Michael Ricard
U Turn Fastener

The Deutsches Institut für Normung (DIN) is headquartered in Berlin and whose roots go back to 1917, is the German national organization for standardization. Originally tasked with standardizing the German manufacturing industry, DIN standards are in use throughout the world and encompass more than 30,000 standards. In the US fastener industry, DIN standards are widely used, despite the fact that many of the standards have been replaced by ISO standards.

At The FCH Sourcing Network you will find hundreds of thousands of fasteners within our database of surplus, odd lot, slow-moving and hard to find fasteners that conform to the DIN specification.

Anchors by DIN Specification - Anchors are any of several types of bolts, screws, inserts, rod that are inserted into and fixed in masonry or structural supports as a hold for framing, shelves etc.

Bolts & Cap Screws by DIN Specification - Hex bolts and hex cap screws feature a large fastener head for distributing clamping load. These fasteners are used at high tensions and temperatures. Cap screws have a washer face underneath the head and are used in precise applications. In Europe, a cap screw refers to a bolt-type fastener that is fully threaded, whereas a bolt is the part-threaded equivalent.

Inserts (Rivet Nuts, Helical Screw etc.) by DIN Specification - Threaded inserts, also known as a threaded bushings, are fastener elements that may be inserted into an object to add a threaded hole. Inserts may be used to repair stripped thread, provide strong threaded holes in soft materials, or add a thread to a material too thin to accept it.

Keys by DIN Specification - Keys are shaped pieces of metal, pins, bolts, or wedges inserted into a hole or between parts so as to lock the parts together and stop them from moving relative to each other.

Nuts by DIN Specification - Nuts, or mating fasteners, are available in hundreds of different shapes and sizes for any project or application. Varieties are normally hexagonal or square in shape, and have either coarse or fine internal threads that correspond to those of a mating bolt or screw.

Pins by DIN Specification - Pins are available in many varieties for specific jobs where additional strength is required to secure materials.

Retaining Rings & Clips by DIN Specification - Retaining rings, or circlips, are spring-type fasteners that hold components or assemblies onto a shaft or in a housing/bore when installed in a groove. Once installed, the exposed portion of the retaining ring acts as a shoulder which restricts the movement, or retains the specific component or assembly.

Rivets by DIN Specification - Rivets are fasteners used to permanently hold two pieces of material, usually metal, together. In general, riveting involves placing the shank of the rivet through a specific-sized hole in two or more materials, and then tightening by deforming the tail end of the rivet.

Screws by DIN Specification - Screws are one of the most versatile, useful types of fasteners, and are available in multiple sizes and styles. In different countries, and in different industries, there is some confusion in the distinction between screws and bolts. Some definitions of screws include the requirement that they be fully threaded, and these may also often be called Bolts.

Studs & Threaded Rod by DIN Specification - Studs and threaded rods are fasteners that are designed primarily to be used in tension. They differ from bolts and screws in that they do not have heads (but can be used for similar purposes), and they differ from each other mainly by their length. They can be fully threaded, or just have threads at each end.

Washers by DIN Specification - Washers are usually manufactured from thin plate (disk-shaped or square) with a hole to fit under the head of a fastener in order to distribute the load and increase the hold of the fastener by increasing the bearing surface.

Rigging (Cable, Wire & Accessories) by DIN Specification - Rigging is the general term associated with the wires,chains, cables and fittings used to tie and lift heavy items. Wire ropes and cables usually consist of groups of smaller wires twisted together as strands. Larger diameters are generally referred to as wire ropes, and smaller diameters as cables. Rigging fittings include clips, sleeves, ferrules, and other hardware used to construct assemblies so they can be used for applications involving tension.

Industrial Hardware by DIN Specification - Industrial Hardware is another of the wide range of products sold to manufacturers along with fasteners. These items, which are often used with fasteners to assemble machinery and products, can vary from items as simple as O-Rings and Oil Seals, through grease fittings and grommets, to torsion springs and sprockets.

Power Tool Accessories by DIN Specification - Power Tool Accessories are the wide group of accessory items that are used both at home and in the factory through attactment to a power tool such as an electric drill. These accessories encompass the complete range of items from metal drill bits and router bits, through machine taps and dies to band saw blades.

Hand Tools by DIN Specification - Hand tools are any tools that are manipulated by hand rather than by a powered tool. Categories of hand tools include wrenches, pliers, cutters, striking tools, struck or hammered tools, measuring tools, screwdrivers, saws, and knives.

Raw Materials by DIN Specification - In the context of fasteners, raw materials are the raw rod or wire which is the primary input into the machinery used to manufacture the fasteners. In this context, Raw Materials could be rolled or polished rod, square or rectangular bar, key stock, or drill rod.

Power Transmission by DIN Specification - Power Transmission items is a wide range of accessory items used to transmit mechanical power from one machine to another. This range of items can include the shafting that is connected to an electric motor, to the pulleys or sprockets and adjusting rings attached to the shafting. It could also include V-belts, chains and other means of transmitting power.