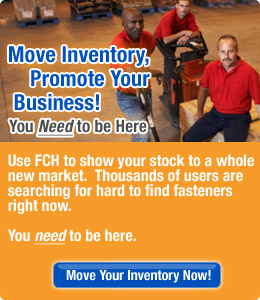 Double Ended Studs are available on the FCH Network with lengths that range from 3/8 to 19.