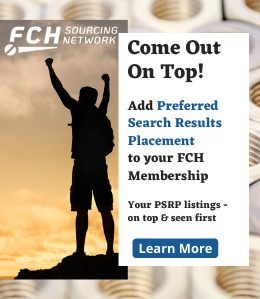 "FCH is a good source for hard to find items. You usually get a quick response back whether it's positive or negative."
Chris Deamos
MO-KAN Fastener and Supply Co.

Slotted Head Set Screws, also called Slotted Head Grub Screws are screws with a slotted head usually smaller than the diameter of the screw, designed to hold one object against another object, usually without requiring a nut. Commonly used to secure a shaft against a pulley.

ISO 4766 Slotted Set Screws are available on the FCH Network in materials that range from Steel to Steel.

ISO 4766 Slotted Set Screws are available on the FCH Network in finishes or coatings that range from Plain to Plain.